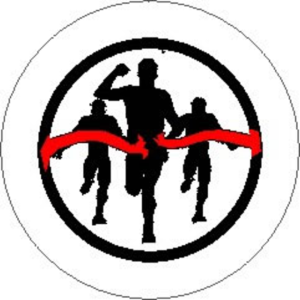 She was one of the “greats.” You know the type, they dress casually but always look classy, she could sing off the charts, and did so very often, glorifying God with her beautiful voice. She spoke to groups, always encouraging them to stay in the fight, cling to God, home and family. She was everything I wished to be. Yet her home life was a different story. Who knows why a husband who “talks the talk” doesn’t “walk the walk”? Perhaps he was intimidated by his wife’s popularity, or perhaps jealous. There are always two sides to the story, of course. We never discussed his. All I knew was that he verbally abused her beyond what any woman should ever have to take, stopping short of physical abuse, but the look in his eyes often said he wished she was dead. She looked terrible, (he would yell), the song stunk, her presentation was awful, the kids hated her, she was stupid, a terrible housewife, horrible mother, etc. etc.

One evening a neighbor heard the verbal barrage, heard the door slam off the hinges as the husband grabbed their child and left in anger, and couldn’t stand it. He just wanted her to know she was doing everything right. It was so wrong, but he held her just a moment for a non-threatening hug while she sobbed her heart out. His concern took a different turn, and one moment of what should have been a consolation from a friend turned into a very short time of intimacy. Now–added to her life of hell in the home–she had failed her God. She had heard His quiet voice when the comfort started, but somehow, in the despair of the few moments, it became quiet. Her repentance was genuine, her grief over the short brief coming together sickened her. One month went by, two… and there was no denying it: she was pregnant.

She never told anyone the baby did not belong to her husband. Very fortunately, the adorable girl looked like her mom, acted like her, and only if you knew who the father was, would you have connected any dots. The child is grown, happy, loves her family, and would be devastated to find that she was the product of one moment in time. She is now looking forward to her own ministry, never knowing the past.

Did our women’s leader blame God for her pregnancy, for the lack of strength to resist comfort which she so desperately needed? No, she blamed herself. Took upon herself the mantle of responsibility, and did not let bitterness take root in her heart. But be warned, husbands, a wife looks to you for her affirmation; she needs to know that she is loved in your eyes. Without it, a woman is vulnerable to the comfort of others, even while she’s desperately trying to keep the enemy away.

I have watched her grow more and more in her faith, have seen the strength she gets only from the Lord. I’ve seen the love she pours out to her children, and yes, even to her husband who has continued to belittle her. Many years have passed, but she is hanging in there, witnessing, watching her children grow into responsible adults, and yet that terrible scar of a deep wound is part of her heart. Many people cannot understand how God can be holy and still forgive sins so great, but He can, does, and will still use the sinner. No sin is too great that He cannot or will not forgive. Hers was just one that He died for.

Take your Bible, your note book, and sit for a few minutes to listen to the sermon from Sunday, August 14, 2016, at http://www.trbc.org/service-archive, preached at Thomas Road Baptist Church. Select the correct sermon, then work on the questions below, writing out your answers, or–if you’re in a group setting with a friend or even several friends–talk about the lessons that can be applied to our lives.

We will look at Moses, finishing the series that has taught us so much over the past few weeks. Moses obeyed God in all He told him to do–except one incident recorded in Numbers, chapter 20. Moses exhibited frustration, anger, perhaps a bit of pride, but definitely he felt “fed up” with the people who constantly belittled everything he tried to do as they lived in the wilderness for forty years. In letting his anger rule, rather than God’s command, it cost him the opportunity to accompany the people into the land that God had promised them. Did he become bitter about it? Wouldn’t we have said, “God! How fair is that, that I’ve done everything You asked, and You let this one time be such a huge punishment??” Bitterness, turning away from God, giving up on what He did for you in dying–all that is something that happens to thousands every day; it is only the ones who pick up the pieces, and determine to “finish strong” that find God will and does still use them in His great work. It is, after all, HIS work, not ours!

It takes only a fraction of a second to make a choice that has consequences that can last for the rest of your life. You know, however, that you have the choice to let the past go, and finish with integrity. Can you think of an example? Talk about it, or write it down.

Over the past several weeks we have learned lessons from the life of Moses, starting with his birth until, at 80 years of age, he led the children of Israel out of Egypt, where he guided them for forty years. Today we focus on one incident when his disobedience to God cost him the reward of going into the promised land. Still, he did not become bitter, but continued to be passionate in serving God.

He continued to lead

He continued to bless those around him

Key Point: It was GOD’S work, not Moses’

It would have been so easy to let the humiliation of the one act of disobedience take root and grow a “root” of bitterness. Read Hebrews 12:15. Most believers have had times of God’s disciplining, and have sometimes felt it unfair (from our perspective). As you go into a new week, think about the things in your life that need to be dealt with so that you let the past go, and finish strong.  Also, most everyone knows someone who feels they have been hurt or treated unfairly, and have turned away from God (read James 5:20).  See if they will be open to talking with you about their actions. Pray this week that you will examine your heart, being certain that God has first place in all you do and say, and that you are committed to serving Him until He calls you home.

Memory Verse: Deut. 31:6: “Be strong and of good courage, do not fear nor be afraid of them; for the LORD your God, He is the One who goes with you. He will not leave you nor forsake you.”