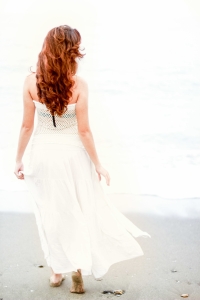 The child walked into the room, seeing her father getting ready to leave for the village market. She began jumping up and down. “Daddy! Daddy! I want to go! Take me!” she screamed. Dad looked back at his one and only child, who had him wrapped around her finger. “I can’t take you this time, Princess; I have to meet with the Prefect.” “No! Daddy, take me! I’ll be quiet while you talk!” The conversation went back and forth and time was getting short. He was going to have to ride a little faster now, and he was getting irritated. “Delilah! I cannot take you!” he raised his voice considerably, letting her know his frustration was reaching its peak. “Oh, please, Daddy,” she begged, softening her voice with much pleading. “I’ll be so good you won’t know I’m even with you!” He glanced back outside: the sun had risen and he was going to be late. “Oh, come on!” his anger showing the tension he felt at the last ten minutes worth of wasted time. On Delilah’s part, she grabbed her shawl, took her Dad’s hand, and for at least fifteen minutes made herself be quiet and meek. She had gotten her way–just as she did every time. It was a never-ending cycle, and her father didn’t have the will-power to battle his little daughter.

She grew into a young woman, lovely to look at and sultry in her beauty. She always got what she wanted from anyone. All she had to do was beg, plead, and then soften as if giving up. Be meek. Be hurt. It always worked.

The day Samson came to town, she saw the gorgeous specimen of manhood. She knew from reputation who he must be! Many times she had heard of his strength, his unrestrained ways, and it was even said that he was very wealthy. She knew it was time he met her.

The time spent with Samson was worth it. Delilah’s jewels increased, and her sense of power over Samson became the talk of the village. One day the lords of the region made her a visit, bribing her with money to find out the source of Samson’s strength. For night after night she tried every weapon that had ever been used on her father’s will power, but Samson did not break. She wept, she cajoled, she threatened, she came up with new ideas. Finally, Judges 16:16 tells us that she vexed him so much night after night that she finally broke through his defenses; he told her where his enormous strength came from, and the rest–as is said–became history.

Are you a parent who can relate to this story? Go in ToysRUs sometime, or the toy aisle at WalMart and see how long it takes to hear a screaming youngster who wants a toy, and mommy has put it back. Follow them. Most will go back and get the toy: it’s called “the Price of Peace.” It’s also called giving in to someone stronger. It’s teaching a young child that he can be stronger than an adult. And when he grows to be a teen, he’ll be even stronger, both in his desires and his rule in the home.

This past Sunday, April 9, 2017, we heard a sermon on Pilate, the governor of Judea. Raised in a home that was used to ruling, he was appointed to his position by Rome in order to keep peace in Judea. Now would be a great time to get your notebook, something refreshing to drink, and settle in a chair to watch the sermon from Thomas Road Baptist Church as we lead up to the crucifixion of Jesus Christ. Click on http://www.trbc.org/sermon-archive and choose “Outsiders: Pilate.” If you have time, sing along with the special guest, Meredith Andrews, and enjoy the praise time. If you have a friend who can join you, enjoy the service, and follow it with the sermon study below! It doesn’t have to be done in one sitting. If you want to make it last for a few days, it’s a great way to dig deep into God’s word. Look for the meat in the lesson, rather than the “baby food!” There’s much to be learned from Pilate, and you will be amazed at how like Delilah he was, and it just might open your eyes to the behavior of children you know! Keep your notebook handy to jot your thoughts down in.

Few things can probably aggravate us as quickly as someone’s child whining until they get their way! Can you think of an example, and why do you think it is so irritating?

This week we look at the third of four characters who were affected by the events that took place the week before the crucifixion, and their reaction to Jesus Christ. Pilate, the governor of Judea, had to listen to the Jews as they relentlessly sought his approval to put Jesus to death. Though Pilate gives in under pressure, he could have made a different choice. Can we identify with that?

Do you feel some empathy for Pilate as he was placed in the situation where he was asked to give the order to crucify a Man he felt was innocent? And yet in the end—just like parents whose children don’t give up—he folded when the Jews played their Ace, that Caesar was their only king (19:12). He knew if Caesar heard of the rioting, his own reign could be ended. Pilate was a politician, hired by Rome to keep peace in the region of Judea. Now, with Jesus, he had to choose between doing the right thing, or giving in to the Jews who wanted Jesus killed. Pilate heard Jesus’ answers, was told He called Himself the Son of God (19:7,8), and was afraid. He, like so many today, had received the truth and hit a fork in his life where he had a choice to learn more of Jesus, or take the world. How often do you find yourself taking the easy way out, because you have become too comfortable with the world or don’t want to deal with the continual frustration? Pilate didn’t want to deal with this problem and shake up his world! He seemed to think “washing his hands” would eliminate his responsibility. When we pass on an obligation that we know must be made, what do we call that? Passing the buck? We say we are “washing our hands of the responsibility!” Don’t pass the buck on making a decision that will determine your eternal destiny: if you have heard of Jesus but side-stepped the issue, make your choice and leave the world behind. His Truth could have set Pilate free (John 8:32)!

Memory Verse: John 18:37b: “…for this cause I was born, and for this cause I have come into the world, that I should bear witness to the truth. Everyone who is of the truth hears My voice.”