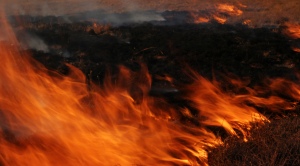 Fire. Cars. Storms. TV. Friends. Wind. Crowds. What do these things (and many more) have in common?

This past weekend in Charlottesville, VA, we saw the horrific explosion of a police helicopter. Their riot gear, bullet-proof body armor, nor any other man-made protection could stop the fire the ripped their lives away. Yet in the middle of winter, while snowflakes are swirling outside, sitting in front of a beautiful fireplace, feeling the warmth from the burning logs, perhaps having hot chocolate–that is a picture of comfort for an evening’s enjoyment.

Cars are so necessary to get us places, taking us quickly to people or areas that would have been unbelievable a century ago. But put a drunk driver behind the wheel, or a texting driver, and an innocent family could be snuffed out in the flash of a second. All of these things have one common denominator: they can be used for good, or they can bring chaos, pain, or death. Evil exists. Can you accept that?

It seems on every side we are being inundated with a gigantic move to take our freedoms away. After a while, one begins to feel there is no media that can be trusted, and few journalists who will stand alone and report truth. Most of the “facts” are fabrications, as in the interview recently when so many statements by the POTUS were answered by a reporter as “Are you saying….?” You wanted to just shout, “Why don’t you just write what was said, rather than changing the wording to something else that continues the hatred, the intolerance, the division?” Few there are who will stand alone and be heard without being ridiculed.

Times haven’t changed in the millennia since man was created. We saw hatred and jealousy from Adam’s two sons, one murdering the other, the evil never stopping, continuing through the  seconds we are living in right now. On every side people ask, “Why does God permit this??! If there is a God, why does He allow these things to happen??” Ask yourself, in your own life, where do you want Him to put the barrier that will stop you from doing the things you do that are not pleasing to someone else? Perhaps even hurt someone else? What do you want to do to the person who is slandering you all over town, controlling you by evil actions? Get revenge? Sure. That’s (unfortunately) a human reaction. But if God takes away the free will of someone who is evil, where do you want Him to stop YOUR free will? The door that closes shuts both sides. Making choices that result in consequences that hurt us or someone else, was still a choice we were able to make. Making the choice to stand alone against hatred, bigotry, intolerance, evil men, takes a person who is giving God their heart, and letting Him control it. It is loving your enemy, praying for their salvation–not doing the same things they do, or siding with them so that you don’t draw attention or ridicule.

The young Israelites, Daniel, Shadrach, Meschach, and Abednego, stood alone under the great king Nebuchadnezzar. If you listened to the sermon from Thomas Road Baptist Church for Sunday, August 13, you will have learned that they would not give in to disobeying God’s commandment just to save their lives. And they were willing to die (Daniel 3:17,18)! They were thrown, if you remember the story, into a furnace of fire, heated seven times hotter than normal.

Are you going through a fire? Perhaps so–most people are. The difference in the outcome depends on your relationship with Jesus Christ. If you are not His child, why would you expect Him to act on your behalf? If you are in a lifestyle of sin, you need to repent and turn away from it–perhaps the fire is to get you to turn back to Him. Or, as with a beautiful vase, perhaps the fire is to refine you, so the impurities and dross can be removed. Whatever the reason, get in a right relationship with Him, and ask Him to bring good out of the situation. He would love to. He wants a sweet relationship with you.

Go to http://www.trbc.org/service-archive, and select last Sunday’s sermon if you haven’t already heard it. Grab your notebook, perhaps a friend, and answer the questions below, all designed to help you dig deeper into the lives of three young men who were willing to stand alone at a time when it was not popular. Apply what you learn to your own life, and discard those issues that may be causing fires. And just as with the Israelite boys, you know you will have Him with you, right beside you, as you go through the trial.

Flannelgraph of Faith: Prayer and His Presence

There are many interesting studies that have been done in order to determine the amount of people who will stand alone when in a crowd; the percentage is very small. Have you ever had an experience of being the last person still holding a certain position when everyone else had chosen another option, and can you share with a friend, or if you are alone, write your answers in a notebook.

The story of Shadrach, Meshach and Abednego is one taught to most Sunday School children—by way of a flannelgraph. We listened with sympathy to their punishment of being thrown into a fiery furnace for not bowing down to a golden image, and the miracle God brought as He delivered them! These three brave young men left us lessons that helped teach us courage and how to grow strong in our faith. We want to glean more truth that will increase our confidence as we go through our own fiery trials (1 Peter 4:12), and grow in our relationship to God.

The World’s Power Is No Match For His

We Have His Power

Standing alone is hard. In the opening, if you thought of an example from your own life, you possibly sensed that same twinge of unease that you had felt then, and wonder now where you got the nerve to step away from the crowd—or wished you had. The decision to not bow to any god but the true God seemed as if it was going to cost them their very lives. They had not read the end of the story! We can see from chapters 1 and 2 that prayer was a part of their daily routine; in this case, they probably had time only for a short plea for God’s help and His will, but if He had different plans, whether He saved them or not, they would be faithful to Him until death took them.

We need to ask ourselves the same question. Will you stand regardless of the outcome? If you are praying for a loved one to survive a disease, for an end to a financial crisis, for help in your marriage, for a wayward child—will you still stand with Him and trust Him if He is quiet? Remember, too, that those who are going through trials usually need others to intercede for them—which not only keeps you in a state of prayer but also gives strength for the burden for those in the trial. If possible, seek out a Life Group and get with others who are going through crises, and let the burdens be shared by brothers and sisters (Gal. 6:2). We need to know that we know the Holy Spirit is with us as we go through trials. Sometimes He walks with us, and sometimes He carries us. Trust Him. You will find He is trustworthy.

Memory Verse: Daniel 3:17: “If that is the case, our God whom we serve is able to deliver us from the burning fiery furnace, and He will deliver us from your hand, O king.”

Ask Yourself: Is my faith in God strong enough that I would stand against enemies of Christ? Do I trust Him to bring me through the trials of life? How can I develop a closer relationship with Him? 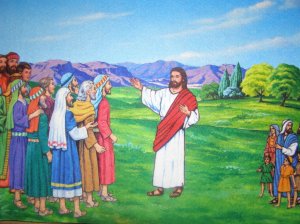